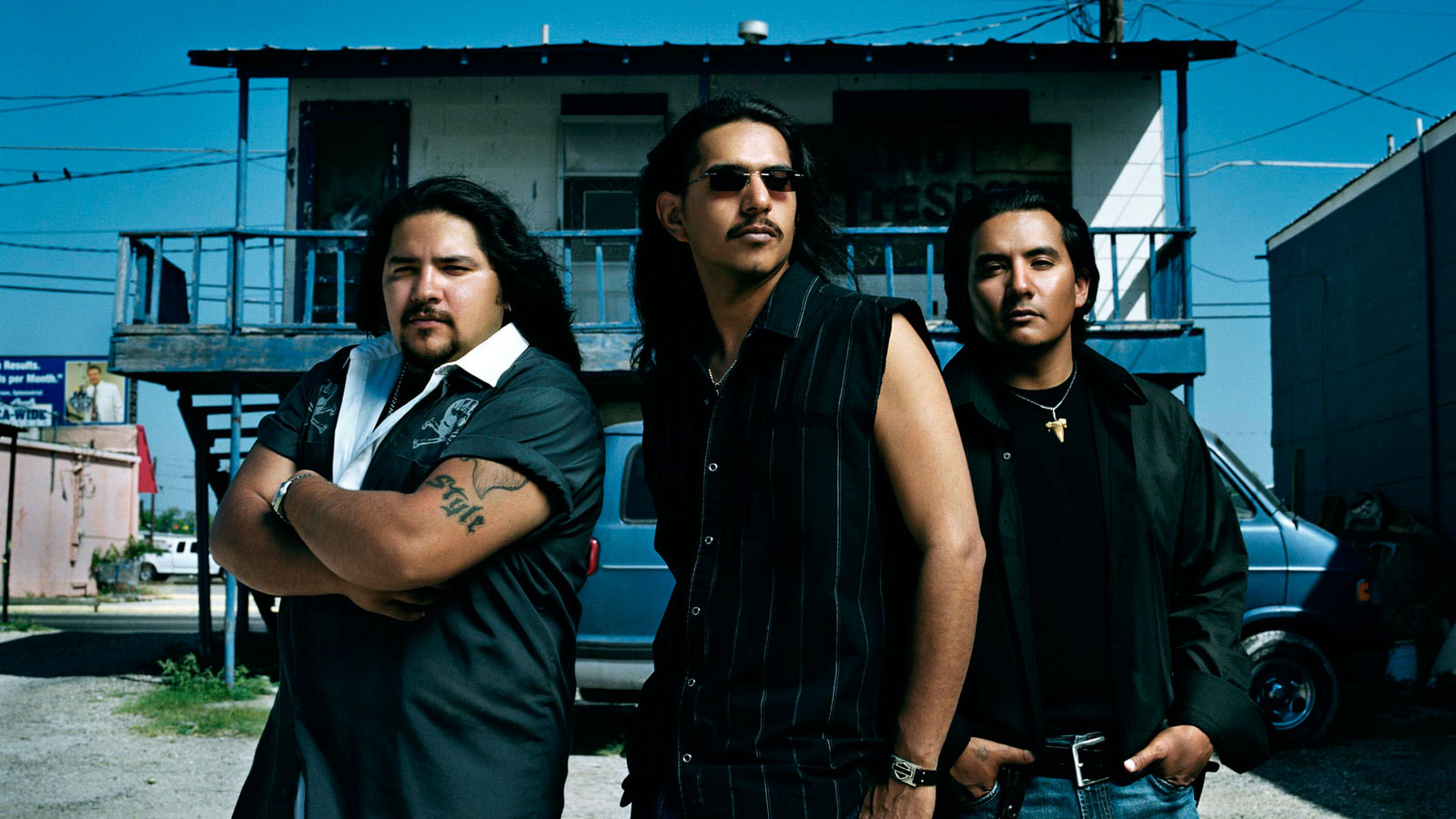 Los Lonely Boys AUSTIN, Texas – Lots of musicians compare their careers to roller-coaster rides, but Los Lonely Boys have had so many close-your-eyes-and-hang-on moments in the 14 years since they recorded their self-titled debut, they should buy an amusement park.

The story of how the Garza brothers – vocalist/guitarist Henry, bassist/vocalist Jojo, and drummer/ vocalist Ringo – rode their bluesy “Texican rock” sound from San Angelo, Texas, to worldwide fame is one of rock’s great Cinderella tales. But the story of how they’ve persevered in the face of subsequent challenges is just as compelling. In 2013, they canceled 43 shows and paused work on their last album, Revelation, after Henry was seriously hurt when he fell from a stage in Los Angeles. A couple of years previously, vocal cord nodules had forced Jojo to stop singing for months. And in 2015, their mother passed away.

Their strong brotherly bond helped them through those rough spots – just as it did when they made the hard decision to step out from under their father’s musical leadership and form their own band after performing with him since childhood. The desire to follow their musical muse still drives them today, according to Jojo.

“There is no rest for those who are chosen to be musicians,” he says. “Ideas for songs are constant. We are being charged with what will be spread through our songs. We want to make music that brings people together.

“We’re all about having a good time, but we also make an effort to write about subjects that matter. Life, death, love, hate, compassion, transgression, light, darkness, truth; they’re what we’ve always been about. We’re not interested in songs about how you look and what kind of car you drive and how much money you have. We want to create music that’s about the love and energy and spirit we all carry. It comes from a bigger source than ourselves.”

That’s why they titled their 2014 release Revelation. Its songs were meant to serve as mirrors of sorts, reflecting aspects of our lives in ways that reveal new insights. “As musicians and artists,” Jojo says, “we’re here to connect with people.”

Their scare with Henry caused all three brothers to re-examine not only how they make music, but how they conduct their lives. “The whole experience was a wake-up call,” Jojo admits. “It reminded us of what’s really important.”

Once again, they affirmed that’s family. And music. For this trio, the two are inseparable. In fact, the sons of Enrique “Ringo” Garza Sr. are a second-generation sibling band; their dad and his brothers played conjunto as the Falcones before the elder Garza formed a band with his sons.

They were still teens when he moved them to Nashville, hoping to hit career paydirt. But their big break came after they returned to Texas and began playing Austin clubs in the early 2000s. One day, Willie Nelson’s nephew heard some demos. Next thing they knew, Willie showed up at a gig. Then he showcased them at Farm Aid, fronted recording time at his famed Pedernales Studio and even guested on their album.

Released in 2003 on startup label Or Records, Los Lonely Boys got picked up by Epic and rereleased. Propelled by its No. 1 single, “Heaven,” it wound up selling over 2 million copies, spending 76 weeks on the Billboard Top 200 album chart and earning them a Grammy for Best Pop Performance by a Duo or Group.

Their dream-come-true rise was chronicled in the documentary, Los Lonely Boys: Cottonfields and Crossroads, directed by fellow San Angelo native Hector Galán. Another dream came true when Carlos Santana invited them to guest on his 2005 album, All That I Am. They also released Live at the Fillmore that year. Their father and Nelson joined them on 2006’s Sacred, and in 2007, their cover of John Lennon’s “Whatever Gets You Through the Night” became the second single from the album Instant Karma: The Amnesty International Campaign to Save Darfur.

Forgiven and Christmas Spirit arrived in 2008, followed in 2009 by 1969, an all-covers EP homage to rock’s most influential era and their first LonelyTone release through Playing in Traffic Records. Then they traveled to Iraq to entertain American troops and embarked on an acoustic tour, documented with the 2010 album, Keep on Giving: Acoustic Live. Rockpango came in 2011. They’re now creating follow-ups to Revelation’s musical outpouring.

If anything, Jojo says, life’s upheavals have tightened their bond even more. “We stick together,” he adds, “and we’re trying to pass on that feeling of brotherhood, of familia, in all the music we make.”