My wife and I are both big fans of Los Lonely Boys — we have all three of their mainstream albums as well as a couple of concert CD’s. So it wasn’t much of a surprise to my wife when their new Christmas album, Christmas Spirit, showed up on our doorstep. It quickly found its way to our iPods and I’ve been enjoying it while I work. While it’s certainly very good, I have to say it’s not their best work.The album doesn’t have the same high level of energy as their other releases, which, frankly, kind of surprised me. Even Run, Run, Rudolph, probably the most energetic piece on the album, is not as spirited as I would have liked; I think they really missed an opportunity to punch things up on Rudolph the Red-Nosed Reindeer. I won’t say that Santa Claus is Coming to Town is listless, but the word did pop into my head as I listened.

The two original songs, the first tracks on the album, are good, but not especially memorable. I did, however, thoroughly enjoy their take on the Carol of the Bells. I’ve known quite a few bell ringers and have heard the piece played live on handbells many times, but this was a great departure from the norm. The simple treatment of Away in a Manger was perfect, but the real shining star on the album is Silent Night, played lovingly with much reflection.

Long story short — while this album doesn’t boast the same heat as their earlier releases, if you’re a fan of the Garza boys, you’ll definitely want this in your holiday mix.

Check out the photos…

Los Lonely Boys Get Some Company in the Bay Area 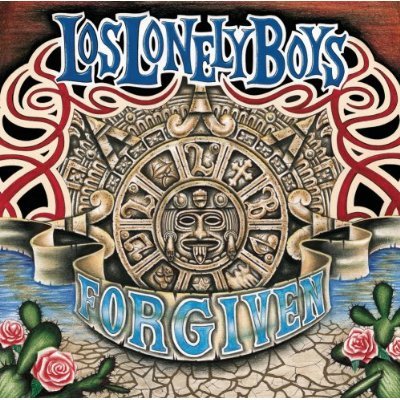 Los Lonely Boys are back with their third studio album in just four years, and fortunately, Forgiven proves there has been no drop off in quality. The Garza Brothers have retained their signature sound that can easily be described as Stevie Ray Vaughan with three part harmonies.

This young but now veteran roots trio has made another fine album that rocks your socks while providing lead guitarist Henry Garza with an abundance of opportunities to prove he can wield his axe with any of the best bluesmen on the planet. Garza shows off his stuff on the CD’s opening track “Heart Won’t Tell A Lie.” The whole trio burns on a hard hitting take of The Spencer Davis Group’s “I’m A Man,” which is just as exciting as the original, and “Superman” rocks out as much as any mainstream music possibly can.

The trio’s more middle-of-the-road pop songs demonstrate their ability to write memorable, melodies with some of the best vocal harmonies on the current rock scene. The title cut is excellent but the real pop gem is the single, “Staying With Me,” a tune possessing one of the catchiest vocal hooks that I’ve heard in quite a long time. The song is perfectly titled because its melody will “stay with you.” It’s simply impossible to get it out of your head.

Forgiven is more stripped down and to the point than it’s more produced predecessor, 2006’s Sacred. This outing mostly features the brothers with only minimal outside help from Dr. John on three tracks and some extra percussion assistance from Steve Jordan on “I’m A Man.” There are no strings, brass, large ensembles, or layered production techniques.

Every year there are a number of Christmas albums that are released in time for the holiday season and this year is no exception. Some are traditional, some are popular and others just seem redundant. But this year none of them are as much fun as Christmas Spirit by Texas favorites, Los Lonely Boys. I use the word ‘fun’ because the album does not rely on just one style. It takes each songs and gives it a twist – whether early rock, Tex-Mex, satirical or pure and simple. If you’re looking for something to add a little oomph to your Christmas playlist, try this album.

If Los Lonely Boys’ latest CD, “Forgiven,” sounds like it captures the essence of the group’s live performances, it’s with good reason.

November 18, 2008Actionloophole
Los Lonely Boys are a family tradition and the family band is a great rock and roll institution – from the Everly Brothers and the Beach Boys to the Bee Gees and Hanson. There’s something about the unstudied perfection of sibling vocal harmonies that creates a distinctive, irresistible style.
Los Lonely Boys are the three Garza brothers: Henry, Jojo, and Ringo. These brothers have been making music together since they were small children. Henry, the oldest of the brothers, has been hailed as the inheritor of the great Texas guitar tradition epitomized by Freddie King, Johnny Winter and the Vaughan Brothers. Backed by tight, intense rhythmic support from his brothers, Henry’s playing makes Los Lonely Boys one of the most exciting bands on today’s music scene. Henry’s middle brother Joey, known as Jojo, also began playing guitar before switching to piano and then, finally, bass. The family band became complete when younger brother Ringo picked up playing the drums

Growing up in San Angelo, Texas, the boys started as back-up for their father’s band and soon grew into a musical unit of their own. The music they made was a mixture of classic rock, country and Tex-Mex. Recognizing that his sons possessed prodigious talent, Garza relocated the group to Nashville. Although Los Lonely Boys flew under the radar of the record industry along Music Row, their time in Music City did benefit the three brothers greatly.

The years of studying the classics allowed Los Lonely Boys to develop their superior vocal and songwriting skills. Solidified as a trio, the band developed a reputation as one of the most exciting live acts on the extremely competitive Texas and Southeast circuit. And no less an authority than Willie Nelson, who has called Los Lonely Boys his favorite band, invited them to record their debut album at his own Pedernales studio.

Wow, thanks so much to all of you out there who took the time to write those fabulous and beautifully written reviews of the Cottonfields and Crossroads movie by Hector Galan on the PBS website.  Your participation and support is so very appreciated.  A group of independent judges will be viewing the reviews and will give us their opinions on which reviews they found to be the best.  We will announce a winner soon but in the mean time you can check them out for yourselves right here.

In the four short years since Epic Records released their self-titled debut, they’ve seen that album go multi-platinum, been nominated for multiple Grammys (winning one in 2005), and scored a No. 1 Billboard Adult Contemporary chart hit.

The three San Angelo, Texas, brothers —- Henry, JoJo and Ringo Garza —- are following the lead and tradition of their musician father. Ringo Garza Sr. formed and played with the southern Texas band, The Falcones, in the 1970s and ’80s. When they broke up, Garza continued on and enlisted his not-quite-teenage sons as a backing band. The family relocated to Nashville a short time later. The brothers decided to try it on their own, and Los Lonely Boys was born. Ringo Sr. has supported them every step of the way.

“He is definitely proud of what we’re doing,” JoJo said from band practice at Henry’s house. “He’s always been behind us 100 percent. All of our family has been behind us and supported the band, but our father is the real reason we do what we do. He taught all of us how to play and we grew up on the road as a family band when we were youngsters. I don’t think he could be more proud of us now.”

For Los Lonely Boys, it has always been a family affair. While arguments and normal sibling friction has been unavoidable, the brothers enjoy the familiarity and like-mindedness that only growing up together can bring. They find it essential to the band and wouldn’t want it any other way.

“It’s definitely a gift from God,” JoJo said. “It’s something we feel is a true blessing. A lot of bands come and go, but family is forever. We just add our relationship into the equation of also being musicians and running a business together. Like anyone else we’re just trying to provide for our own families, but being brothers has a million advantages.”

Another advantage for Los Lonely Boys has been the opportunity to work with perennial superstars like Willie Nelson and Santana. In 2005, the brothers recorded a song for Santana’s “All That I Am” album and joined him on a national tour. Their self-titled debut album was recorded at Willie Nelson’s Pedernales recording studio. They have played at his annual family picnic, and Nelson provided vocals on their sophomore effort, “Sacred.”

“All of the time we’ve spent with Willie has been great,” JoJo said. “Learning about him from our Dad and realizing the fact that he is a real American icon adds to it all. It’s special that he’s let us in as close as he has to his life. He’s just really good people and has the best hopes and wishes for everybody. He’s unbelievable. And it’s the same way with Santana. We’ve been lucky to play with a lot of great people, but hanging out with Santana and Willie is a really great thing.”

2008 has been especially busy for the Boys. They released their third studio album, “Forgiven,” in July and just released their first holiday offering, “Christmas Spirit,” last month. The album infuses standards like “Jingle Bells,” “Away In A Manger,” and “Silent Night” with the trademark Garza Texican, blues-rock sound. They also offer two festive originals they hope will someday be part of the holiday canon.

“It just seemed like perfect timing,” JoJo said. “We’ve been talking about doing a Christmas album for a good long while now. We finally decided on what songs we wanted and added a couple of originals that we wrote during the holidays. I think it’s a really versatile album and captures the Christmas spirit. We can only hope that it will part of the tradition forever.”

Additionally, Los Lonely Boys were asked to sing the National Anthem at Game 2 of the World Series last month at Tropicana Field. They did a traditional, a cappella version of the standard that drew a standing ovation long before the song was over. While the Garza brothers didn’t play all that much baseball growing up, they felt it was a “true honor” to participate in such a monumental event.

Los Lonely Boys show no signs of slowing down and are excited to get out on the road. They have two new albums of music to share with audiences and are already thinking about new music. Through it all, they always try to keep things in perspective.

November 15, 2008Actionloophole
The pre-sale tickets for the first announced show of 2009 at
Granada Theater in Dallas
begins on 11/18/08 at 10am CST.
Don’t miss out on those front row seats!
Read More
Menu